Back to the Future! Exploring the Practice and History of Futurism 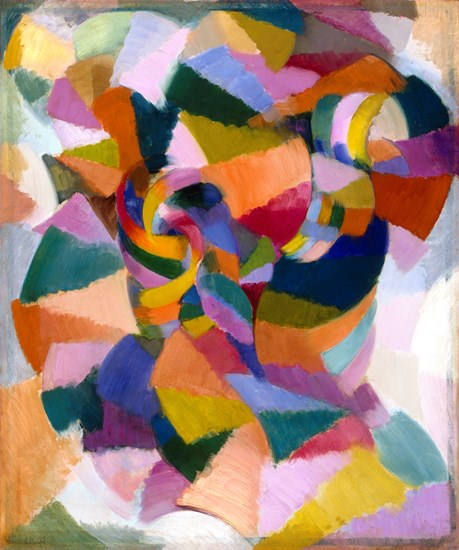 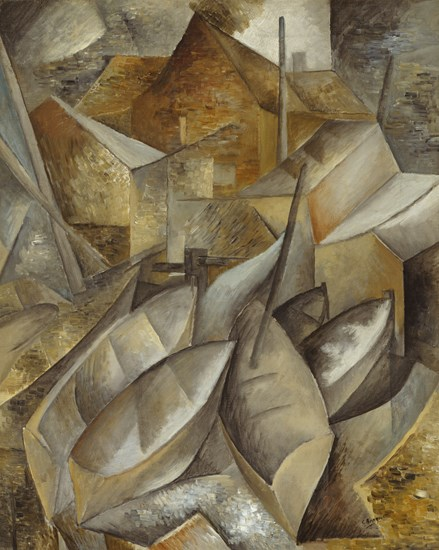 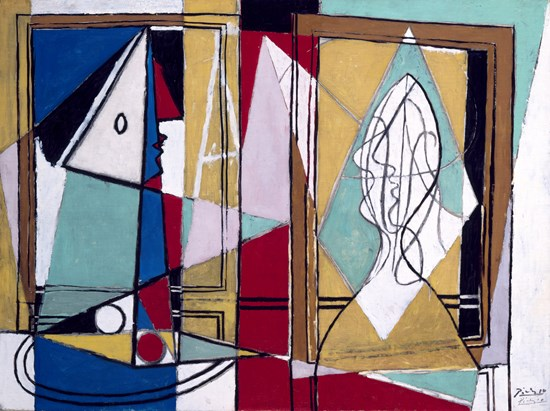 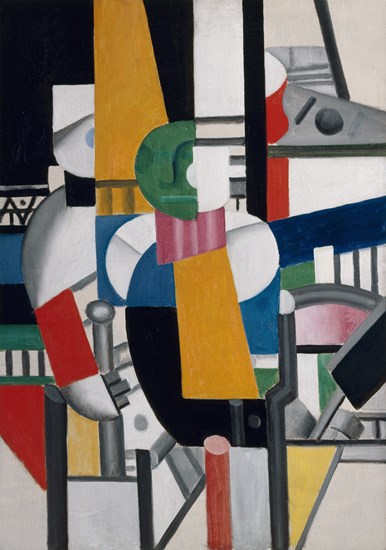 The Lessons of Modernism: Studying Shape, Balance, Perspective and Movement with Pop-Up Pages

Futurism developed in 1909 by Italian poet F.T. Marinetti in the manuscript Foundation and Manifesto of Futurism, the artists in the cultural movement Futurism made technology central in European interaction with the environment. Futurists saw technology as a tool that made it possible for the common man not to be passive or submissive to the ruling class and the Catholic Church. At its height, Italian Futurism was translated for use by many different cultures. That is to say that the Italian Futurist cultural movement was so popular that each new culture adapted it to its own needs.

Within the Modernist Art Movement, there are clear designations that we will be looking at today Synchromism, Fauvism, and Cubism.

Synchromism was an art movement founded in 1912 by American artists Stanton MacDonald-Wright (1890-1973) and Morgan Russell(1886-1953). Their abstract “synchromies,” based on an approach to painting that analogized color to music, were among the first abstract paintings in American art. Though it was short-lived and did not attract many adherents, Synchromism became the first American avant-garde art movement to receive international attention.[1] One of the difficulties inherent in describing Synchromism as a coherent style is connected to the fact that some Synchromist works are purely abstract while others include representational imagery. Synchromism is based on the idea that color and sound are similar phenomena and that the colors in a painting can be orchestrated in the same harmonious way that a composer arranges notes in a symphony.[2] Macdonald-Wright and Russell believed that, by painting in color scales, their visual work could evoke the same complex sensations as music. As Macdonald-Wright said,”Synchromism simply means ‘with color’ as symphony means ‘with sound.'”[3] The phenomenon of “hearing” a color or the pairing of two or more senses–synesthesia—was also central to the work of Wassily Kandinsky, who was developing his own synesthetic paintings, or “compositions,” in Europe at approximately the same time.

The abstract “synchromies” are based on color scales, using rhythmic color forms with advancing and reducing hues. They typically have a central vortex and explode in complex color harmonies. The Synchromists avoided using atmospheric perspective or line, relying solely on color and shape to express form[4]. Macdonald-Wright and Russell were among a number of avant-garde artists at work in the period immediately before World War I who believed that realism in the visual arts had long since reached a point of exhaustion and that, to be meaningful in the modern world, painting needed to sever any ties to older ideas about perspective and to literary or anecdotal content.

Before meeting Picasso in 1907, Braque was a master of Fauvism, an art movement led by Henri Matisse in the early 20th century. Characterized by loose, untamed brushwork, and vibrant, eye-catching colors, The Great Trees, L’Estaque is typical of the Fauves (French for “wild beasts”). After a short career as a Fauve, Braque discovered the expressive, tonal compositions, bold borders, and color-block technique of Post-Impressionist Paul Cézanne. “In still life, space is tactile, even manual, while the space of landscape is a visual space,” Braque once noted, when describing the differences in painting various subjects. In the artist’s seascape painting, Harbor(1909), space is transformed into a solid, rather than an empty, expanse. In the fall of 1907, Braque paid a visit to Pablo Picasso’s studio in Paris. After seeing first-hand Picasso’s Les Demoiselles d’Avignon, Braque immediately adopted the Spanish artist’s preoccupations with muted colors and shallow perspective. The two became close friends in 1908, and in the years following, Braque took Picasso’s experimental style to a new level, reducing his subjects to simple, interwoven geometric forms that resembled cubes.

The artists associated with Cubism were interested in creating new methods of representation. In depicting the world around them, these artists included multiple viewpoints, distorted forms, and ambiguous spatial relationships in their artworks. The traditional use of perspective, which creates a convincing three-dimensional illusion of space, was abandoned, challenging viewers to understand a subject broken down into its geometrical components and often represented from several angles at once.

Picasso, as well as many of his contemporaries, drew inspiration from non-European sources. He incorporated African masks into Les Demoiselles after he saw them on a visit to the Palais du Trocadéro, a Paris museum. Masks, particularly from Africa, fascinated certain avantgarde artists. The masks’ radical simplification and stylization of human features, along with the alternative they suggested to traditional Western painting practices, challenged these artists to develop new forms of representation. The two figures on the painting’s right both have masklike faces.

Léger embraced the Cubist notion of fracturing objects into geometric shapes, but retained an interest in depicting the illusion of three-dimensionality. Léger’s unique brand of Cubism was also distinguished by his focus on cylindrical form and his use of robot-like human figures that expressed harmony between humans and machines.

Influenced by the chaos of urban spaces and his interest in brilliant, primary color, Léger sought to express the noise, dynamism, and speed of new technology and machinery often creating a sense of movement in his paintings that captured the optimism of the pre-World War I period.

In its embrace of recognizable subject matter and the illusion of three dimensionality interspersed with or often simultaneous with experiments in abstraction and non-representation, Léger’s work synchronizes the often competing dualities in much of twentieth-century art.

Fernand Léger was another artist who was fascinated with modern life, especially with the mechanical world and particularly with the propellers that were the inspiration for and title of this work. He was greatly influenced by his experiences as a soldier during World War I (1914–18), of which he wrote, “I discovered the meaning of machines through artillery and through the engines of war. The breech-block of a 75mm cannon lying out in the sun did more for my development as a painter than have all the museums in the world. There I was really able to grasp the object.”3 To Léger and other artists, the propeller, an attractive object that embodied movement, was the perfect symbol of the modern mechanical world. The propeller facilitated combat in World War I and reflected the early-twentieth-century obsession with the development of rapid land, sea, and air transportation. • Léger wrote, “Aeroplane propellers . . . strike everyone as being objects of beauty, and they are very close to certain modern sculptures.”

Ask your students if they think mechanical objects can be beautiful. Extend the debate to such items as a clock mechanism, a bridge, and a can opener.

Fernand Léger’s Man with a Cane shows the basic elements of Modernism. Using the childlike joy of Pop-up books we will create our own scenes.